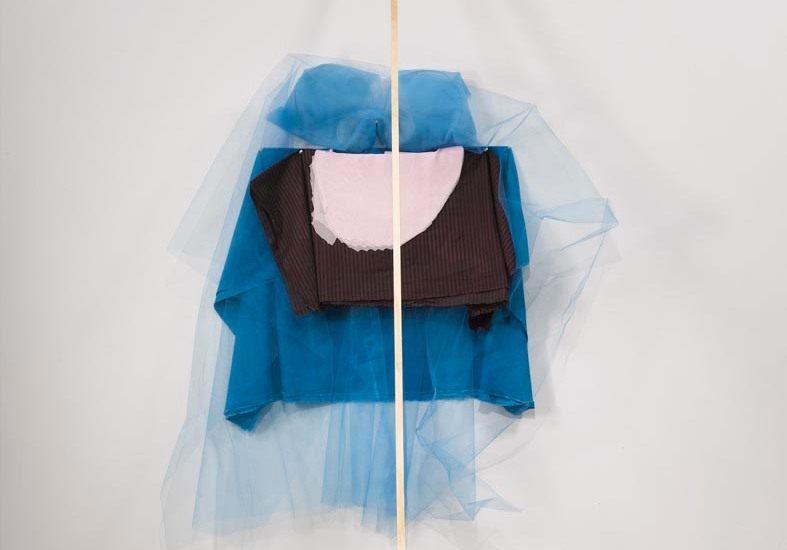 Tuttle’s work on display in the Whitechapel gallery appears to have the underlying theme of appearing functional and yet having no actual use e.g. in ‘Systems, VI’ the construction appears to be some form of table or other and yet is held together by wires rather than being able to do so on its own. This idea is further perpetuated by the use of materials that seem familiar but yet in such a way it is hard to pinpoint their more traditional uses. This misuse of material then began to connect with the idea that this construction seemed as much drawing as it was sculpture, the haphazard construction therefore was reminiscent of a child’s play-construction. It seemed to me at this point that Tuttle was re-enacting the play of a child, as they would, upturn a table, gather materials and assign them roles, the more complicated a construction the better your imagined vehicle or surroundings were. A friend on this vein saw the piece as a space shuttle.

This idea carried on through much of his other work, such as ‘Looking for the Map 8’ which appears to me to be a raft or a shift, with which the imagined child sails away on a mind adventure. These pieces for me conjure up a lot of nostalgia and within them as such I start to see much grander structures than the ones physically on display. To relate them to my seminars, the pieces are highly allusory for this quality.

Both these pieces feature a great juxtaposition between the rigid wooden structures and the soft fabrics and felts, this fluidity of softer structures being similar to the tape piece that I made recently, though, without the architectural elements I’m not sure one can project so deep of an interpretation onto the tape as can onto the Tuttle.

My tape piece and its non-controllable outcome from a controlled start I feel are connected in principle to the Tuttle: ‘Ten Kinds of Memory and the Memory Itself’ and my interpretation of it. The accompanying poem talks of heavy wire fixing in place but the string is impermanent. I took this to mean that the decision to use string was a deliberate choice not only for it to look impermanent and fragile but so that he had no fixed piece to just place on the floor. I took this further and believe that the importance of each of these ‘kinds of memory’ to be that he has not drawn out their shapes but rather that for each instance of installation, Tuttle recalls from memory the placement and shapes of the string and as such that each instance of installation is slightly different.