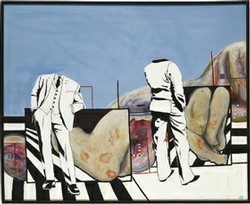 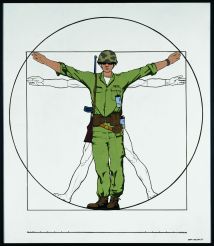 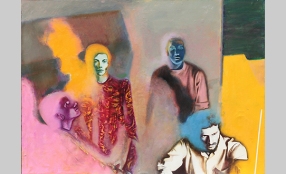 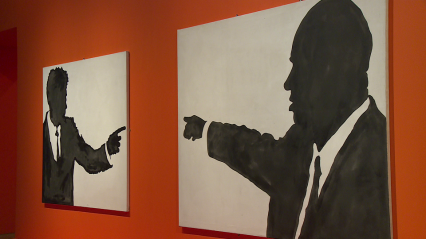 Tate Modern has been playing host to a very large look at Pop Art that has come from sources other than the large figures from New York and London that dominated the movement, artists such as Andy Warhol, Roy Lichtenstein, Peter Blake and Claes Oldenburg.

The exhibition was a chance to look at how other countries viewed the ongoing cold-war tension between the Capitalist West headed by the United States and the Communist East fronted by the U.S.S.R and the widespread consumerist culture visually informed by the advertising pushed forth by western conglomerates.

The cold-war tension is displayed by works such as those by Joan Rabascall, Equipo Realidad, Erró and Sergio Lombardo. Rabacall’s atomic kiss points right to the heart of the conflict, the rise of nuclear weaponry. The typical mushroom cloud of nuclear detonations is juxtaposed by a heavily lipsticked mouth posed in a kiss – a symbol of glamour, beauty and luxury ideas that bleed through the American consumerism of the 60s. Realidad’s composition is a re-imagination of the Vitruvian Man but with a North American soldier taking the place of the study showing his discontent with the cultural regime of Spain at the time as well as being a critique on American economic imperialism. Erró and Lombardo both directly address the tension between east and west, Erró depicts Chinese soldiers invading an American home in “American Interior #1” whilst Lombardo pits the two major world leaders of the time, John F. Kennedy and Nikita Krusciov, against each other, pointing fingers. 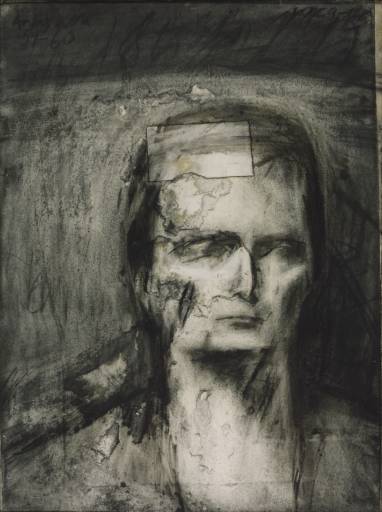 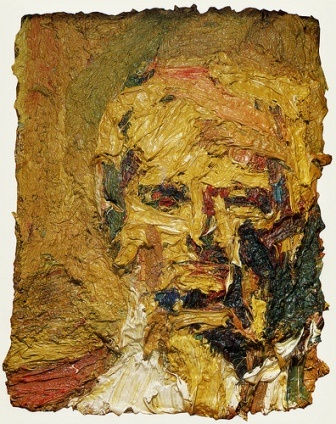 Auerbach’s retrospective held at Tate Britain was a great insight into his work and an impressive study on texture in painting. Auerbach’s paintings sometimes lie on the verge of sculptures, a property that is somewhat lost in these digital reproductions.

Something that interested me greatly was the Mornington Crescent pieces. These small urban-scapes spoke to me on some level that I don’t really get from his portrait works, perhaps because of the relevancy to my own work that this representation of life from street level holds.